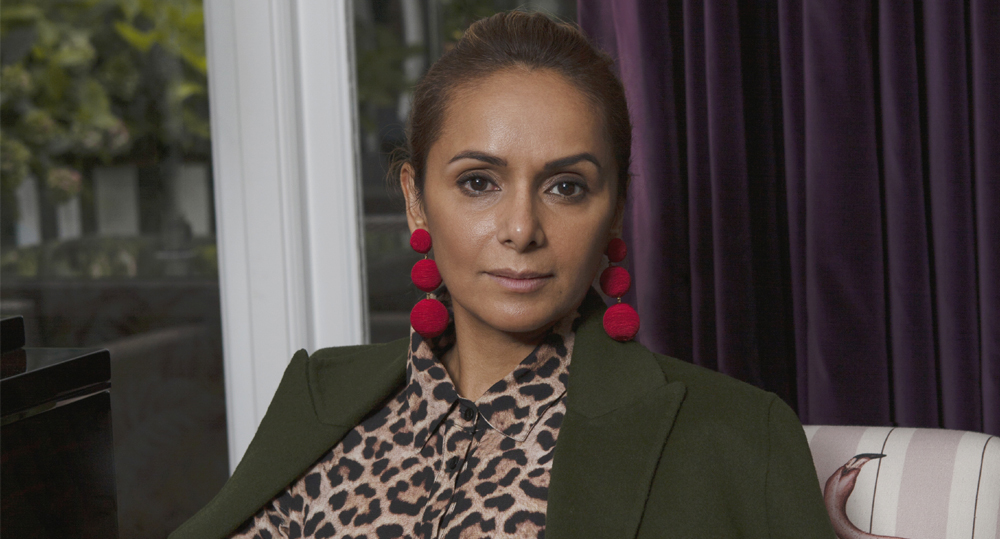 The app, which will be managing the London Fashion Week schedule, wants to empower consumers regardless of their social media popularity.

LONDON — Talk is cheap, but not at LetsBab, the app that acts as a marketplace for brands and allows shoppers — regardless of their online popularity — to make instant cash by recommending fashion, beauty and lifestyle products.

The app is an official sponsor of London Fashion Week, which runs from Sept. 13-17, and will also be managing the week’s schedule, telling guests, press and buyers how late each show is running through push notifications. LetsBab will also manage ticket sales for the public shows and events that LFW plans to stage.

The LFW initiative is part of marketing blitz by LetsBab, which was founded earlier this year by industry veteran Bonnie Takhar with backing from Hilco Consumer Capital in the U.S. The company is looking to build up a variety of networks and communities that could well tap into LetsBab for peer recommendations, and to make money.

There’s a charity element, too, with the app allowing users to donate all or part of their commission to organizations such as Women for Women International, Cancer Research UK, MicroLoan Foundation, and Water is Life.

Takhar, the former president and chief executive officer of the Charlotte Olympia and Halston brands, whose résumé also includes commercial, merchandising and executive roles at Jimmy Choo and Earl Jean, said she sees LetsBab as a digital shopping mall, with financial benefits.

“We are digitizing word-of-mouth recommendations and disrupting the influencer marketing space,” said Takhar, whose title is ceo, or chief empowerment officer.

The fashion homepage of the LetsBab app. LetsBab is a sponsor of London Fashion Week and will be managing the show schedule.
Courtesy

During an interview, she described the site as democratic and “social commerce in its purest form,” as anyone can shop or make a recommendation, regardless of the number of followers he or she has on social media.

The app’s release dovetails with growing consumer fatigue — and cynicism — about fashion influencers, and the blurring of boundaries between paid-for advertising and gushy endorsements about free products they’ve received.

Retailers and brands are also questioning the ROI of paid-for influencers and, to wit, are starting to leverage the talents of their in-house employees, who are often more stylish and well-informed than the influencers.

“In the past year, a lot has changed in influencer marketing. It remains relevant, but consumers are seeing through it so brands are looking to take things offline and off Instagram and slow down with gifting,” said Sophie Elliott, founder of the public relations and branding agency Sophie Elliott communications.

“Instead they are going towards dressing real women who are in the right circles, as they need to be talking to lots of different types of customers beyond your typical influencer profile.”

Even Instagram, which helped to create the influencer, is now looking to dial down the hype around this sort of marketing content. The Facebook-owned site has begun to trial the removal of “likes” from public view, which will most certainly take the shine off some influencers’ posts — and make them reconsider what sort of content they put up — and why.

Takhar is also keen to point out that LetsBab puts the user in the driver’s seat. While other platforms harvest members’ data for free and use it to attract advertisers, the LetsBab model effectively pays users to drive sales and attract more consumers to the site, which is home to 200-plus brands and retailers.

There are men’s, women’s, baby and lifestyle labels on the site and the plan is to add restaurants, hotels, spas — anything that’s recommendable, according to Takhar. Next year, users will be able to follow lists of their friends’ recommendations, and shop them if they want.

Takhar believes that from a fashion point of view, the site gives the customer an enormous amount of choice as it offers a mix of retailers, such as Matchesfashion.com, and brand sites such as Ralph Lauren.

“Consumers don’t necessarily want an edited view, they want the full view of a designer’s offer. Today, the customer is wanting more and more choice,” she said.

LetsBab banks a 6 percent commission on the retail price of the purchase, and hands 5 percent to the person who made the recommendation. The person then decides whether to keep 100 percent of their commission, donate it to charity, or both.

Takhar said about 11 percent of recommendations are converted into sales, compared with a typical conversion rate of 2 to 3 percent in social commerce.

In addition to collecting a one percent commission on retail sales, LetsBab also makes its money by charging a nominal subscription fee when the brands join.

Companies on the site range from fashion and beauty retailers such as Matchesfashion.com, Asos, Missguided, Cult Beauty and Farfetch, to the English bookshop chain Foyles.

The app also makes money by selling space in the first two visible columns under the featured space. Brands that are there now include Matchesfashion.com, Ralph Lauren, Asos and Missguided.

LetsBab has a three-season deal with London Fashion Week, and that is only the beginning of its blitz: In a bid to raise its profile and market itself to a variety of consumer networks, LetsBab is taking to 52 British college campuses this month, teaming with the CoppaFeel! breast cancer charity and the British cookie maker Burton’s Biscuits on a lighthearted cancer awareness campaign.

LetsBab has also become the official app for the pregnancy and parenting event, The Baby Show, which takes place in mid-October in London.

Takhar said her focus is on building relationships with consumer groups and ensuring that LetsBab is there when specific communities are talking to each other. She said the app’s holiday campaign will feature “real people” and their recommendations, in line with the app’s democratic approach.

The next months will also bring international expansion beyond the launch markets of the U.K. and the U.S., and the addition of categories such as food and wine.

BIMA, the British Interactive Media Association, has selected LetsBab as one of its top four start-ups of the year. The winner will be announced on Sept. 18 at the BIMA conference and awards event in London.